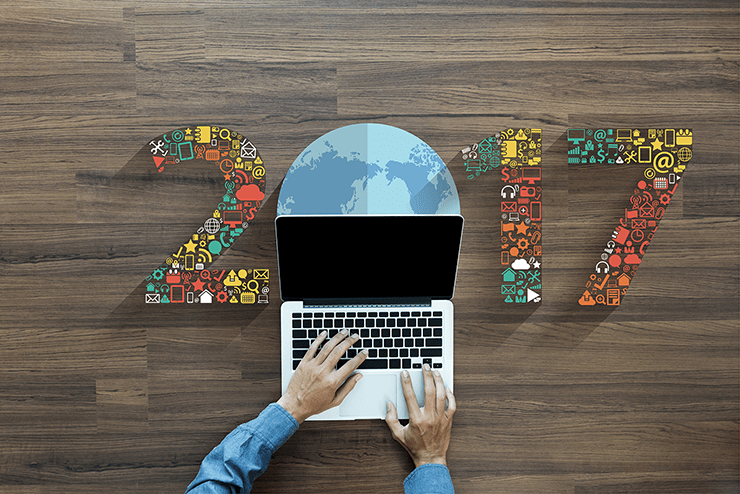 Social media is constantly changing—new platforms, new media capabilities—in short, with new ways to connect via technology. So we were curious—is social media changing so rapidly the predicted social media trends we shared in January are no longer applicable?

We hit the web on a quest to see what trends we predicted correctly and if there are any new trends you need to be aware of to make the most of your social media marketing.

So who were the predicted big players in January? Let’s take a peek back at what was reportedly going to rule the social media world. Here’s what we said:

Did all of these predictions stand the test of time? They did indeed. While we said “visuals,” we could have focused on just “videos.” With the advent of Snapchat as a video-only platform and Instagram having quickly picked up on the idea, video continues to be the most popular form of content. In fact, Facebook executives have been quoted as saying that Facebook will become a video-only platform.

And as for those videos with a short lifespan? Content that expires will continue to rise in popularity. One study done by Snapchat showed that expiring content is more engaging because users engage now rather than view content, intend on engaging or commenting later, then subsequently forget about it. It’s more like real life—if you don’t seize the day, you may never see it again.

The fact that users are more drawn to live content shows that social media is and will remain a social place because users want to engage and feel involved. Additionally, a trend we didn’t list but that is building in popularity is social messaging, and not just between friends. Facebook released Messenger Conversation, which allows conversations to be started from a Facebook ad—so you’d better believe that paid advertising is going to grow! And, of course, quality ads—and quality content—are always more effective than a dozen ads that don’t speak to your followers. If you’re worried about social messaging and your personnel capability—whether in time or skill—you can always look into chatbots, which are robots that interact with your followers via the messaging app. And, yes, users will most likely be accessing the app—and any social media network—from their mobile device. It is being predicted by eMarketer that more than half of all Facebook users—59 percent—will access the app only through their mobile device. And will the users who see your ads and content be from organic traffic? Probably not. Social networks use algorithms to show users the content most relevant to them. That’s why businesses are paying for ads and connecting with social media influencers, those gurus of social media who are active, have large followings, and can promote your brand.

In all this talk about visual, live, and expiring content, one platform stands out among the rest. If you guessed Instagram, fist bump. You’re right. Although Snapchat started the live video and expiring-content phenomena, Instagram has considerably more users (600 million versus 158 million). It’s also important to note that Facebook (the biggest social media player in the field) acquired Instagram in 2012, and while Instagram remains its own independent product, it does have access to Facebook’s advertising tools and design and engineering. So if you’re overwhelmed by all the social media platforms out there, stick with the biggest players because they’re going to pave the way in future social media trends.

So tell us—are you using these different social media tools in 2017? Do you have any predictions for the rest of the year or for 2018? We want to know! Share with us in the comments below.

5 Social Media Trends for 2021 that You Need to Know

15 Most Popular MemberPress Posts of 2020 (RoundUp)

wow....this is an interesting trend article I've seen so far!! I had a fair idea of the expiring content but personally, I had doubts as to how many views I was going to get. Maybe because of the social media I was using. Personally, I try to use all the different social medias as much as I can even though I have my personal favorites. Instagram rocks!!

Thanks for your feedbaack! I agree with you--Instagram is awesome. Best of luck!