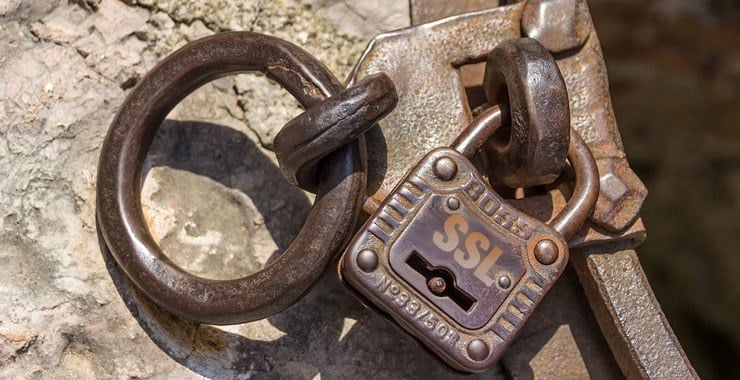 If you’re in the process of launching a new membership website, you might be giving consideration to adopting HTTPS instead of just HTTP. And who could fault you after hearing back in 2014 that Google was going to adopt a new SSL/TLS/HTTPS ranking factor.

Although Google admitted that it was in fact a “very lightweight signal,” they also backed up that statement up by saying things like “while we give webmasters time to switch to HTTPS” and “we’d like to encourage all webmasters to switch from HTTP to HTTPS to keep everyone safe on the web”.

Now that the dust has settled, you’re probably left wondering whether or not your new site launch should take advantage of the potential HTTPS ranking boost or whether the extra effort just isn’t worth it. Or, you might be wondering if it makes sense to switch your site from HTTP to HTTPS.

Let’s take a closer look at what you should consider when trying to understand Google’s changed attitude towards HTTPS and whether or not the potential benefits outweigh the increased work.

Trying to understand SSL and TLS can become challenging very quickly. What’s important to know is that TLS is the successor to SSL and in its more recent versions represents a massive improvement in security. HTTPS is essentially HTTP within SSL/TLS. Look at SSL/TLS as the secure wrapper around plain old insecure HTTP.

A detailed description of HTTPS could be a post all by itself, but we don’t need to go into quite that much detail here. Without HTTPS, any confidential information that is transferred can easily be intercepted and interpreted.

The most basic definition of HTTPS is that it protects personal and confidential data as it’s being transferred between your visitor's computer and your website through encryption, maintaining data integrity, and by authenticating the identity of your website.

Answering this question is a fairly simple one. Basically, it comes down to whether or not your visitors will be transmitting personal or confidential information on your website. For example, are you selling products or services on your website and as a result, are you also collecting payment information?

If so, you might be required to have an SSL certificate. I say “might” because there are certain situations where you could decide to use your payment processors HPP (hosted payment page) as a way to avoid the SSL/TLS requirement put in place by PCI DSS.

The most commonly mentioned downside to obtaining an SSL certificate for a website is the added cost. While this is absolutely true, it also has to be balanced against the value of increased security. The cost of SSL certificates varies greatly which means it’s actually pretty easy to purchase a certificate that is cost appropriate to the type of site you are running and the level of security required.

Another potential downside is that if you have certain elements on your site that are being served from HTTP, some users might receive an error message. This has the potential to degrade trust or even cause a visitor to leave your site despite the fact that the cause may be benign.

As SSL becomes more widely implemented, it’s fair to expect that these and other small disadvantages will decrease in importance.

Will Using SSL/TLS Improve Your Ranking?

According to Google, the answer is yes, but given the relatively slow implementation of SSL/TLS, we are left wondering whether the signal will ever become more than a lightweight ranking factor.

When Google first announced the change in attitude towards HTTPS, many website owners rushed to convert their sites in search of a small ranking boost. But after implementing the change, most were disappointed. Barry at Search Engine Land wrote a summary post at the time and began to track how the switch would affect two of his sites. The results were less than stellar.

As visible results appeared hard to come by, people started asking Google more questions. Eventually, it was revealed that HTTPS was acting more as a tiebreaker when comparing two, otherwise similar websites. With the realization that actual rank improvements would be hard to come by, many website owners decided to switch back to HTTP.

With all the conflicting information, you’re probably still left wondering whether it's worth switching to or setting up your new site to be HTTPS. While there is no perfect solution it appears that for now, a two-part answer might be the most appropriate:

If you are setting up a new membership site, it’s probably easier to implement SSL/TLS now than to face making the change in the future.

If your site is already live, it might be easier to wait until we get further guidance from Google or at least see SSL/TLS as having a greater impact on rankings.

It’s worth noting that at the recent SMX, Google commented that they see HTTPS as “super important” and have plans to improve it as well as make it a stronger ranking factor in the future. Is this groundbreaking news? No. But is it worth making note of for the future? Yes, it is.

Deciding whether to implement HTTPS on your membership website doesn't need to be a complicated decision. Google has made it abundantly clear that the future holds increased value for websites that maintain an SSL certificate.

If you're setting up a new membership site and SSL makes sense from a cost standpoint, it will be easier to implement now rather than later. For the small amount of extra work involved, the benefits outweigh the drawbacks.

If your site is already established, you might be better of waiting until we start to receive a better indication from Google that HTTPS will carry more weight as a ranking factor. At this point in time, the change might not be warranted.

If you've recently set up your membership site, did you opt for HTTPS or just plain HTTP and why?

If you've recently implemented HTTPS on your existing website, what were your motivations and have you seen any discernible benefits?

Categories: Advice How To

How to Aggregate Social Media Feeds on Your Website

How to Start a Membership Site for Parenting (3 Tips)